The stonemason engaged to restore and repair stonework on the park piers (pillars) has been carefully cleaning the fish scaled caps of moss and algae. These stones cap the piers, and form the bases for the lamps which will light our way into the park.

‘Honest Repair’ work is also being done to replace or reinforce the parts of stonework which require it. This is considered an important aspect of conservation philosophy, and essentially means leaving the repair work visible, and not trying to disguise it. In some cases this means making a feature of the repair. What do you think about honest repair?

So why is this fish scale pattern a feature of the entranceway? Besides being an attractive effect, does it have some significance? Not long before the park was opened, Govan had seen a massive explosion in population thanks to the work opportunities available through the growing shipyards. In less than 50 years the population grew from 9,000 to 95,000. The river Clyde had allowed Govan to make a huge name for itself around the world. Was it this important connection to the sea and shipbuilding for the Elders and Govan that the designer was highlighting? Perhaps it goes a little further back to those times before the shipyards, when Govan was a simple village, and many people lived from the river by fishing for salmon.

Whatever the reason it was chosen, this feature of the entranceway is another beautiful detail we will be able appreciate by this summer, when the piers will be reinstated. 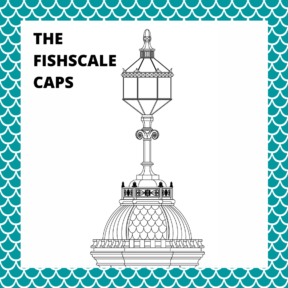